Internal PR from the beginnings to the 1920s/30s

The age of the Industrial Revolution not only led to successful inventions and technical innovations, but also to the development of the so-called “social question”. With the emergence of the workers’ movement and the rise of trade unions, corporations such as Siemens sought ways to deal with dissatisfaction and uprisings among the working class. In addition, the workforce, as a constantly growing section of the different publics in society, had to be informed about the goals and developments in the company. This was the birth of typical instruments of internal public relations.

Werner von Siemens recognized early the importance of internal PR instruments to create a feeling of togetherness, a “corps spirit”, among his workforce. This should pay off in the constant loyalty of his workers to the company and thus the avoidance of strikes. This corporate style of “liberal patriarchalism” was based, on the one hand, on care and personal presence in the company and, on the other hand, on respect for entrepreneurial authority (see Zipfel 1997a, p. 251).

Due to the expansion of the company, personal relations with employees gradually receded into the background. The strike movement of 1904-1906 finally led to a reorientation, in which Wilhelm von Siemens tried to bind employees by intensifying anti-union social policies based on private living conditions. The first committees specifically responsible for company social and welfare policy were established.

In a third phase after the end of the First World War, Carl Friedrich von Siemens, also in view of changed economic and socio-political conditions, relied on the integration of workers through conscious social partnership and cooperation (cf. Zipfel 1997b, p. 119ff.). 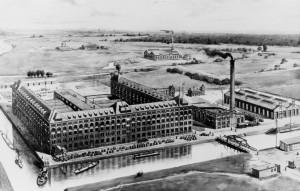 Typical instruments of internal public relations at Siemens included the employee newspaper (in this time the company newspaper [Werkszeitung,] see Zipfel 1997a, p. 251f.) as well as facilities related to health, retirement, education further education and training. These included canteens, medical practices and clinics, workers’ apartments, nurseries and kindergartens or company schools. Leisure and cultural offerings, such as the establishment of reading rooms, as well as organized company sports or company outings, were established (cf. Zipfel 1997b, p. 128ff.; Kunczik 1997, p. 236). In 1906, a “support association” was founded, which developed into the largest “yellow” or “economically peaceful” workers’ association in Germany and, as an instrument of integration, was intended to contain the danger of strikes and riots in the Siemens Group.1

In addition, the Group sought to bind its employees through targeted profit sharing and a sophisticated bonus system. In 1852, an internal company health insurance was introduced. As early as 1872, 17 years before state social security legislation was passed, Siemens was already providing pension, widow and orphan benefits (see also Vogt 2005, p. 17; Kunczik 1997, p. 236). In 1908, a Siemens company health insurance fund was established, which was also open to family members from 1922. All of these institutions were forerunners of modern social security systems and played an important role in improving health and family care within the Siemens workforce.