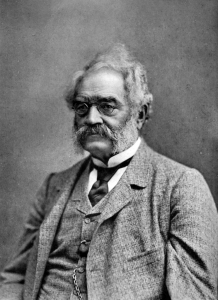 Werner Siemens was born in Lenthe near Hanover in 1816. As it was not possible for his family due to economic reasons, to finance his university studies, he joined the Prussian army in 1835. He pursued an officer’s career and completed a three-year training course in mathematics, physics, chemistry and ballistics.

In recognition of his scientific inventions and the services he rendered to society, Siemens was elevated to the nobility by Emperor Friedrich III in 1888. Therefore during the same year he took the name Werner von Siemens. Werner von Siemens saw himself first and foremost as an inventor and believed that his products should be distinguished above all by quality and make everyday life easier for users. As early as 1842, Werner von Siemens applied for a first patent for his process of galvanoplastic gilding and silver plating. In 1847, he developed the pointer telegraph, got it patented and, together with Johann Georg Halske, founded the Telegrafen-Bauanstalt von Siemens & Halske on 12 October 1847. 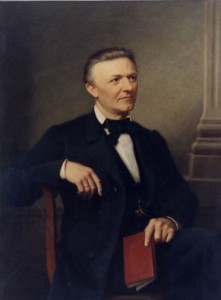 Johann Georg Halske was born on 30 July 1814 in Hamburg. The precision mechanic devoted himself to the construction and design of electrotechnical devices, including the pointer telegraph. As early as 1844, Halske ran his own workshop (Werkstatt) in Berlin with his partner F. M. Böttcher. Due to unbridgeable disagreements with the Siemens brothers, he withdrew from the company in 1867. Nevertheless, he remained a friend with von Siemens and continued to be involved in the company, for example by providing financial support for the Siemens pension fund founded in 1872. 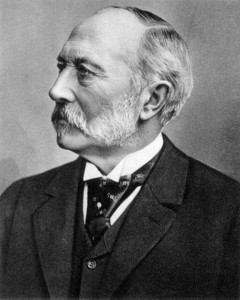 In 1890 the brother Carl von Siemens and the sons Arnold and Wilhelm took over the leadership of the company. Carl von Siemens, Werner von Siemens’ younger brother born in 1829, supported his brother mainly in his business in Russia. He travelled to St. Petersburg in 1853 to supervise the construction of the Russian telegraph network. Carl was considered a decisive and competent entrepreneur. As senior partner of Siemens & Halske, he converted the company into a stock corporation in 1897. For his earnings in Russia, Tsar Nicholas raised him to the nobility in 1895. 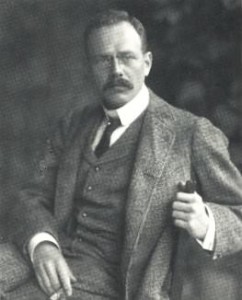 After the death of the brothers Arnold and Wilhelm, the third and youngest son of the company founder, Werner von Siemens, Carl Friedrich von Siemens took over the leadership of Siemens AG in 1919. He managed the company during the Weimar Republic and under the difficult economic and political conditions of National Socialism (1933-1945). During this time he tried to maintain the unity of the company and to consolidate the image of a universal electrical engineering company.

1 This chapter is mainly based on information from the webpage of Siemens (see bibliography).